Aws vs Azue vs Google Cloud AWS vs Azure vs Google cloud

Selecting one cloud vendor over the others will come down to the wants and needs of each individual customer and the workloads they are running. It is often the case that organizations will use multiple providers within different parts of their operations, or for different use cases, which is called a multi-cloud approach.
However, there are a number of key differentiating factors that separate the approaches of the three firms, which can help end-users consider which is right for them.
Starting with AWS, the key strength for the market leader continues to be the breadth and depth of its services, with more than 175 across compute, storage, database, analytics, networking, mobile, developer tools, management tools, IoT, security, and enterprise applications, at last count.
“Without doubt, the market leader, AWS often wins on developer functionality, due to the breadth of its services as a result of its first-mover advantage. AWS has also done a good job at translating its scale into economic benefits for customers, although there are times where cloud can be cost-prohibitive,” as McQuire at CSS Insight puts it.
Ray Wang, founder and principal analyst at Constellation Research identifies similar strengths with the AWS proposition, but does highlight that “one challenge is pricing on AWS, where many companies don’t fully understand the metrics and the impact on architectural decisions and the costs to support certain services.”
Microsoft on the other hand tends to be a popular choice with C-level executives that have long-standing relationships with the vendor and know that they can consume a great deal of their enterprise computing needs all in one place, from productivity and enterprise software all the way down to flexible cloud computing resources for their developers, with one hand to shake.
Wang also positions Microsoft as “a strong number two to AWS”, thanks to its combination of Azure, Office 365, and Teams. “Microsoft is often seen as the safe global bet but most clients have more than one cloud vendor,” he added.
Naturally, all three vendors are strong in machine learning as they can draw on deep wells of internal research and development expertise, but this is one area where Google often stands out as customers look to tap into the magic that powered the search giant at an unprecedented scale over the past couple of decades.
Google also often stands out for its deep expertise around open source technologies, especially containers, thanks to its central role in the development of Kubernetes for orchestration and the Istio service mesh, which are quickly becoming industry-standard technologies.
McQuire is bullish on Google Cloud, positioning the vendor as “the market’s fiercest challenger,” under the new leadership of CEO Thomas Kurian: “What tips the scales in its favor is its engineering muscle and in particular the way customers gain access to and engage Google engineers, particularly for co-development. The firm has also heavily embraced open source and its culture of innovation lends itself to customers who prioritize these areas above all in the digital transformation.”
Wang adds: “Those organizations that seek good AI and machine learning capabilities, along with a translation, search, and security have been gravitating towards Google Cloud Platform.
“The arrival of Thomas Kurian has put a product and roadmap discipline in place that aligns better with the needs of enterprises. This has opened up opportunities for more competition in the cloud duopoly of Azure and AWS.”

Amazon web services – AWS has evolved and how! The cloud service provider endows on-demand service to organizations, governments, and individuals. It is a secure cloud-service avenue that offers computing power, CDN, database storage to help businesses grow and scale their offerings. AWS functions on an annual subscription pricing model in addition to the free-tier option for the organizations to get hands-on experience at zilch sub-charges.
With a vast toolset that continues to grow exponentially, Amazon’s capabilities are unmatched. Yet its cost structure can be confusing, and its singular focus on the public cloud rather than a hybrid cloud or private cloud means that interoperating with your data center isn’t AWS’s top priority.
AWS was first launched with a view to effectively handle its growing retail operations. It is credited to be the 1st cloud-computing company to introduce the Pay-as-you-go model. AWS can handle multiple services such as data management, hybrid cloud, migration, AI, big data management, and more. AWS has 100 plus services in its directory with benefits like cost-effectiveness, flexibility, agility, and security.
Microsoft Azure – Azure is Microsoft’s cloud computing platform that offers a gamut of cloud services including analytics, storage, computing, and networking. It has 3 models of cloud services like SaaS, PaaS, and IaaS and is an open and flexible enterprise-level platform faster to use. Azure primarily has 11 services that it offers to its clients namely, Hybrid integration, Data storage, compute, analytics, CDN, IoT, Management and security, etc. It assists businesses to improve their agility and let the developing ecosystem and pipeline communication.

A close competitor to AWS with an exceptionally capable cloud infrastructure. If you’re an enterprise customer, Azure speaks your language – few companies have the enterprise background (and Windows support) as Microsoft. Azure knows you still run a data center, and the Azure platform works hard to interoperate with data centers; the hybrid cloud is true strength.

Google Cloud – GCP is one of the youngest Cloud players but even in the little time span, it has managed to establish a good customer base. Its BigQuery analytics engine, ML tools, and innovative approach for bigger enterprises have established it as a strategic cloud player. It started its journey in 2011 with the intention to strengthen its own base of products. But as now they also have initiated enterprise services so that any organization that shares the same infrastructure like Google search can use it.
A well-funded underdog in the competition, Google entered the cloud market later and doesn’t have the enterprise focus that helps draw corporate customers. But its technical expertise is profound, and its industry-leading tools in deep learning and artificial intelligence, machine learning, and data analytics are significant advantages.
● It is a universal fact that cloud computing is increasing both in importance and popularity. A Gartner report predicts that by the end of 2020, the market for public cloud is all set to reach $411 billion in 2020 from $260 billion in 2017. The growth numbers are not just encouraging but also gigantic, and in a move to make their presence felt, cloud service providing companies are now focused to increase their services, optimize costs and take the numerous positions in the public cloud market.
Cloud-computing has traveled a long way ever since its inception. Now, it is no longer the question of whether organizations have to opt for cloud computing or not, the question now is which cloud platform to opt. The cloud computing market is currently flooded with numerous cloud service providers, but AWS, Azure, and Google Cloud Platform (GCP) proudly retain the top three slots.
It has been already established that AWS was the earliest in the cloud domain which means that they have had more time to establish and expand their network. So, AWS is hosting in multiple locations worldwide. Azure and GCP are also hosting in multiple locations worldwide, but the difference occurs in the number of their respective availability zones.
● AWS has 66 availability zones with 12 more on the way.
● Azure has 54 regions worldwide and is available in 140 countries all around the world.
● Google Cloud Platform has been made available in 20 regions around the world with 3 more on their way.
Moving on with this Azure vs AWS vs Google Cloud blog, let’s look into the market shares and growth rate of each of these cloud providers.
In terms of the cloud market, AWS has been on the top for as long as anyone can remember. If you take a look at the following graph, it clearly depicts that:
● AWS is leading with around 30 percent of public cloud share in its name.
● Microsoft Azure is in the second place, owning around 16 percent of the worldwide market share.
● Google, in the third place, owns up to 10 percent of the market share worldwide.
AWS pros and cons
Amazon’s biggest strength is its dominance of the public cloud market. In its Magic Quadrant for Cloud Infrastructure as a Service, Worldwide, Gartner noted, “AWS has been the market share leader in cloud IaaS for over 10 years.”
Part of the reason for its popularity is undoubtedly the massive scope of its operations. AWS has a huge and growing array of available services, as well as the most comprehensive network of worldwide data centers. The Gartner report summed it up, saying, “AWS is the most mature, enterprise-ready provider, with the deepest capabilities for governing a large number of users and resources.”
Amazon’s big weakness relates to cost. While AWS regularly lowers its prices, many enterprises find it difficult to understand the company’s cost structure and to manage those costs effectively when running a high volume of workloads on the service.
In general, however, these cons are more than outweighed by Amazon’s strengths, and organizations of all sizes continue to use AWS for a wide variety of workloads.

Microsoft came late to the cloud market but gave itself a jump start by essentially taking its on-premises software – Windows Server, Office, SQL Server, Sharepoint, Dynamics Active Directory, .Net, and others – and repurposing it for the cloud.
A big reason for Azure’s success: so many enterprises deploy Windows and other Microsoft software. Because Azure is tightly integrated with these other applications, enterprises that use a lot of Microsoft software often find that it also makes sense for them to use Azure. This builds loyalty for existing Microsoft customers. Also, if you are already an existing Microsoft enterprise customer, expect significant discounts off service contracts.
On the con side, Gartner finds fault with some of the platform’s imperfections. “While Microsoft Azure is an enterprise-ready platform, Gartner clients report that the service experience feels less enterprise-ready than they expected, given Microsoft’s long history as an enterprise vendor,” it said. “Customers cite issues with technical support, documentation, training, and breadth of the ISV partner ecosystem.”
Google Cloud Platform pros and cons
Google has a strong offering in containers since Google developed the Kubernetes standard that AWS and Azure now offer. GCP specializes in high compute offerings like Big Data, analytics, and machine learning. It also offers considerable scale and load balancing – Google knows data centers and fast response time.
On the downside, Google is a distant third in market share, perhaps because it doesn’t offer as many different services and features as AWS and Azure. It also doesn’t have as many global data centers as AWS or Azure, although it is quickly expanding.
Gartner said that its “clients typically choose GCP as a secondary provider rather than a strategic provider, though GCP is increasingly chosen as a strategic alternative to AWS by customers whose businesses compete with Amazon, and that are more open-source-centric or DevOps-centric, and thus are less well-aligned to Microsoft Azure.”

A high-profile user base may not be the main reason for choosing your cloud provider, but it can help more cautious organizations understand how the public cloud is benefiting others in their sector.
This is clearly a strong point of AWS. It has increasingly taken on large customer deals. For example, although the US Central Intelligence Agency eventually signed a contract with IBM, it awarded AWS a contract to build its private cloud in a one-off deal in 2013, which could be seen as a symbolic moment for potential buyers.
A longstanding AWS customer is Netflix, which eventually decided to shut all of its data centers in a final move to the cloud in 2016. But aside from web pioneers, AWS has been truly successful in convincing more traditional businesses to move to the cloud. 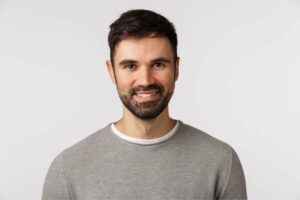 With 10 years of experience and industry experts faculty of AWS (Amazon Web Services), we enhanced our AWS Training in Pune at the next level.